The Beta versions of Telegram for Android and iOS have been updated to version 5.13. This is the first simultaneous update in a long time. The update includes many innovations.

The first mention of such authorization appeared on the official messenger translation platform.

At the moment, this feature is most likely disabled from the server side and will be enabled after the update, if the developers have time to finish it for release.

So, in the beta version of Telegram for Android, in the settings there was an item «Devices» that opens the list of «Active sessions».

This is where a new item should appear launching the QR code scanner.

The Beta version of Telegram for Android has received an improved Instant View, of the innovations:

Beta versions of Telegram for Android and iOS have improved customization of individual elements of the theme with support for gradient.

In addition to the accent color, the user will be able to change the background color of chat and messages, and by clicking on the » + » to adjust the gradient.

Previously, this appeared in the beta version of Telegram for iOS.

Now, users can postpone messages until the moment when the interlocutor enters the network.

Previously, this feature has already appeared in the beta-versions of Telegram for iOS, but disappeared before the release. Now it has appeared in three clients for different platforms, so it can be expected in the upcoming update of the messenger.

As before, this function does not work if the user has hidden the time of the last activity of the account.

A small but very useful innovation will be a quick switch to the night theme in the official client Telegram for Android. In the side menu in the header there was a button to switch.

The Beta versions of Telegram for Android and iOS have been integrated with «Foursquare», so now when sending a geo-location, the user on the map will be able to select the institution to send its location.

The Beta version of Telegram for iOS received a new design of adding a password for two-factor authentication, it also already appeared in the previous version, but was not completed and had some bugs with the animation. Now it is completely ready.

In the beta version of Telegram for Android, an invisible function appeared at first glance, if you copy the link to the proxy, then when you add a proxy to the client, the user will see the «paste from the clipboard» button to install the proxy in one click.

In addition, there are changes in the section sending images. Search GIF animations and images now remembers past searches with the ability to clear query history.

When sending an image as a file (clip > file > gallery > three dots in the upper right corner), the user will be able to choose in which form to show the images (list or grid). 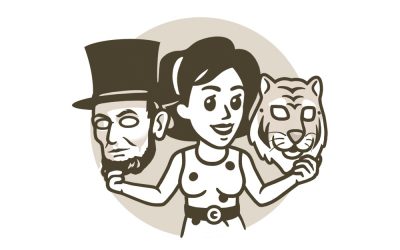