On May 7, at 15:00 Moscow time, the independent company TON Labs announced Free TON, a platform based on the sources of the TON blockchain.

After the announcement, many media outlets disseminated headlines about the launch of TON without the participation of Durov. Screaming names appeared in many “respected” media: “The TON blockchain platform was launched without Pavel Durov and Telegram” on RBC, “TON started without Durov” on Kommersant, the “TON blockchain platform was launched independently of Durov and Telegram” in Forbes.

Based on this source code, anyone can launch their blockchain, calling it what they like. In this case, the name Free TON was chosen, referring to the original TON blockchain.

Here are a few obvious facts showing why Free TON is not a replacement for the original TON blockchain.

The initiative group consisted mainly of validators and commercial development companies. Among the launch participants are TON Labs, P2P.org, Kuna, Everstake, Chorus, Bitscale Capital and others. Free TON Community, the community of launch initiators, issued their declaration, which outlined the basic principles of their network. The main driving force that launched Free TON was TON Labs, which has launched its own test network since October 2019 (for debugging and the needs of network developers).

At the same time, the contribution of TON Labs is not only technological: the site and the Free TON materials are obviously made by the same designer, and are made up of the same typesetter that worked with TON Labs, and most likely they could not do without the participation of their lawyers. There is nothing wrong with that, but this fact needs to be noted. In addition, it is obvious that almost the entire technological base of the new “TON” is the development of TON Labs, at least the company has repeatedly demonstrated a clear desire to transfer all communities to its own solutions (node, SDK, etc.).

The declaration announces the launch of the Free TON blockchain and the distribution of free Free TON Crystal tokens (abbreviated TON). Obviously, Free TON is nothing more than a blockchain release from TON Labs, under which the Free TON Community was formed, consisting at most of commercial companies, and not individual personalities — enthusiasts, developers and others.

There are other networks

Despite the announcement of Free TON, the official testnet2 test network continues to work. Also, the test network TON Community Foundation, the first Telegram-independent community of TON developers, was launched earlier. In fact, Free TON is just the first project to hurry up with something announced as “the future mainnet”. There are no prerequisites for the fact that there will be few such networks, or one, and for the fact that the same validators who signed the declaration will not work immediately with all networks at once. In addition, the statement of Free TON that Telegram “lost the ability to launch TON”, in our opinion, is unfounded and at least hasty, and as a maximum it is incorrect both in relation to Telegram and in relation to the community.

Free TON does not appear on official TON resources

Because of the headlines of the media, many now think that they launched the same TON — this is not true. The launch of Free TON, as conceived by the creators, should show the power of decentralization and the ability to distribute tokens through the referral system and scale the test to the general public. Not everyone, however, responded positively to the launch: the reaction to the launch in both the Russian-speaking and the international community from the TON community, decentralization in its current form, as well as the similarity of the name and positioning of the network is doubtful. Some members of the TON / Telegram community, including former TON Labs employees, have publicly disowned their participation in the Free TON project.

In addition, a representative of the TON Community Foundation, Emil Walker, informed the editors that TCF will soon publish a detailed response to the Free TON initiative, which will “put everything in its place” (translated from English).

Free TON crystals are free, but not quite

Free TON plans to distribute its tokens through a referral system. 85% of the 5 billion tokens issued will be received by partners and users, 5% — validators who will confirm transactions on the blockchain, 10% — developers. This does not match either the original TON plan or the plans of the project investors. The commercial essence of all the initiators of the project (which is not a bad fact) clearly indicates that the main driving motivation is future profit, which means that tokens will not be free for long. The question of who will be the main beneficiary of the potential capitalization of Free TON has a fairly clear answer — the only developers among the initiators of its launch. Not so much at the expense of tokens, but at the expense of selling their commercial solutions to other participants and joined players — validators.

The referral system also in itself provokes the arrival of exclusively so-called motivated traffic — users who are interested exclusively in the reward and stop using the product after the distribution of assets ends.

Telegram c proceedings are ongoing with the SEC, and if it seems to someone that a decision has already been made to ban the blockchain, then this happened only in the first instance. Skadden, a law firm representing Telegram in court, appealed to the Court of Appeal almost immediately.

Telegram has also launched an investor settlement process. Investors from the United States will be returned 72 percent of their investments, and investors from the rest of the world have received, apart from the return of 72 percent, an offer to re-sign the agreements, formalizing them as a loan to the Telegram for a period of one year, with the possibility of early repayment by Telegram. Obviously, such an opportunity was left so that it could be repaid without waiting for the passage of a whole year.

How Telegram plans to return investments and in what form we are likely to find out during the year, but for now we continue to monitor the development of the Telegram blockchain history. 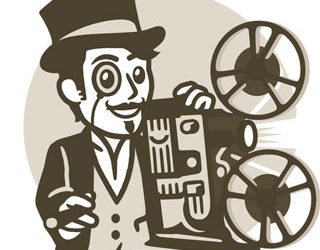