How it all started

One of the countries in which Telegram gained popularity in the early years was Iran. Millions of users in whose country not only Viber was blocked, but also Twitter, Facebook and YouTube, all this replaced Telegram, for the use of which neither a VPN nor a proxy server was needed. In addition, the messenger was easy to use, it was immediately picked up by villagers who did not have a computer, but had a smartphone.

Over time, Telegram began to acquire opportunities: first there were bots, then channels, groups began to have thousands of participants. For active users, the messenger began to turn into a mess from the channels of bots, private messages and groups, which were updated every second, lost and reappeared. A large number of important messages could be skipped due to a lack of structuring.

Telegram was originally created as an open platform. Its sources were open to all developers. His first Android client was Telegram S — a competitive work that took second place in total. The first place was taken by the developer, who subsequently wrote the Telegram Android client, and became part of the team.

The Iranians quickly took advantage of this openness and created the first known custom based on Telegram source code – Mobogram. It was in it, a month after the appearance in Telegram channels, on November 11, 2015, tabs appeared.

Fast forward to Spain in 2012. A year before the creation of Telegram, the Spanish developer Rafalense created WhatsApp Plus — a custom client based on the then dominant WhatsApp messenger. Custom offered to change the chat background and message colors. The alternative client was installed not from Google Play, but from the developer’s own website and unofficial repositories. According to WhatsApp Plus developers, their client has downloaded over 35 million times.

In January 2015, WhatsApp cut off access to its WhatsApp messenger to people using the WhatsApp Plus alternative Android client for a day. The reason for the daily ban was fears that data from WhatsApp Plus could leak to third parties. Already in February 2015, the developer decided to abandon WhatsApp and switch to Telegram. Six months later, in September 2015, channels appeared on Telegram. It became inconvenient for users who subscribed to many channels participating in public chats and using bots to navigate this large volume of unstructured chats. So in December 2015, a month after Mobogram, tabs appeared in Plus Messenger.

This is how the tabs looked in January 2016.

In parallel with Plus Messenger, many Iranian unofficial clients developed, the most functional and most famous of which are Mobogram (now discontinued), Telegraph and BGram. In addition to the tabs, these clients could boast of a large number of other additional features. But not all users are willing to trust customers from third-party developers, many fundamentally use only the official Telegram applications.

In February 2019, BGram first offered users the ability to create their own tabs for chats. The feature later appeared in several other Iranian clients.

What can Telegram offer

For a long time, only one official client could boast of organizing chats: Telegram Desktop.

The hidden workmode function that existed in it allowed the user to hide chats with notifications turned off with one click. However, not all client users knew about this function, and the percentage of users of a messenger for a PC is small.

In December 2016, fixed chats appeared on Telegram — another assistant in organizing the list of dialogs. Starting with this update, users could pin 5 any dialogs (+5 secret chats) to the list.

Folders or not, that’s the question

In the spring of 2019, the “Archive” appeared in the official client. As the official Telegram Twitter account wrote: “Archive, this is a kind of folder.”

Users used them in different ways, someone added channels and chats to the archive that they don’t read, someone on the contrary added important ones and fixed them at the very top of the archive.

Half a year after the archives appeared, we conducted a survey to find out how our subscribers use it.

Most of the respondents placed channels and chats that were rarely read there, to offload the main list. Some users used the archive unexpectedly, for example, they placed important chats on the contrary using them as favorites in custom clients.

All year, users thought that folders would look exactly like an archive, all the more, when asked whether tabs would appear in the messenger, Telegram replied that there would be something similar to “Folders”. However, it turned out that the archive became only a prototype and assistant for future folders. As in the folders in the archive, there is a feature: the user can add an unlimited number of chats there, as well as pin up to 100 chats in it.

For the entire existence of our chat in Telegram, one of the most pressing topics for discussion was the demand for tabs in the official client of the messenger.

Sometimes disputes lasted for days without stopping. The main argument for introducing folders was the large number of channels and bots among active users.

Those who opposed the tabs said that they would kill the messenger’s involvement, disrupting its important feature of sending messages directly to the list of dialogs to the user. It was clear one thing that not everyone needed the function, but was simply necessary for the most active users of Telegram.

Designers actively sent their ideas about how folders and tabs should look. Due to the well-developed concepts and mockups, some Telegram channels, and even the media, confused concepts with Beta versions of the messenger.

The first steps towards the tabs were seen in the spring of 2019. On the first of April, the separation of chats appeared in Telegram X for Android, and it was not a joke. The division turned out to be specific, and differed from that which we had already offered popular custom. The separation was made so inconspicuous that even after a year not all users learned about this feature.

Filters appeared on swipe down the word chats. In the menu that opens, the user can select the type of chat they need. During this period, the Telegram X client was very popular among messenger users. Now he has over 10 million downloads on Google Play, the same as the popular custom Plus Messenger.

A surprise for everyone was the news about the appearance of the workmode function already described above, in the native client for macOS.

After 3 days, January 24, 2020, the client received a chat filter by type. The implementation of the filters was similar to Telegram X for Android.

On January 30, 2020, custom filters appeared in the native client for macOS — the ability to create filters from any type of chat, they will become what Telegram will call folders in the future.

Unlike the final implementation, it was not possible to fix 100 dialogs in individual filters, and there were no exceptions for the filter, with the ability to select specific chats, but even in such a video they already liked users very much.

Once, in response to a user, a messenger employee in a public group wrote a message that later became a meme. Marcus Ra, the head of Telegram support, spoke about the tabs: “Tabs are for losers. We’ve better stuff in mind.”

Almost 4 years passed after this message, and on March 11, 2020, folders appeared in the official Telegram client for iOS. Several Beta versions in a row changed the implementation, name and even some principles of work, but the concept of displaying them in the form of tabs was unchanged.

At some point, the developer of the iOS client decided to try the second option: placing tabs at the bottom of the client, which is still available in the debug settings menu.

A small part of users liked this implementation, since in this option it was easier to reach the tabs with the thumb.

However, the classic tabs on top, which became familiar thanks to alternative clients, were very successful, so this option was chosen by default. IOS users can also still include an alternative option from the debug settings menu (10 clicks on the gear).

Unlike the iOS client, the application does not have buttons at the bottom, so creating a folder takes a little longer. Otherwise, the implementation in mobile clients is very similar. Of the differences, a swipe gesture on the sides is also noticeable, if in the client of the apple company, swipe at least in the chat causes an action with a dialogue, in the Android client this is not, and any swipe will move you between the tabs.

A few days after the appearance of folders in the Android client, they became available on Telegram Desktop. Tabs in this client look a little different than in mobile clients — they are vertical.

So almost a five-year way to tabs came to a logical conclusion. Telegram, incorporating the best of custom customer solutions, has embedded tabs in official applications. Custom customers are not the first time to anticipate Telegram innovations and become donors of new ideas for the messenger, and who knows what the next update awaits us in Telegram.

You can read more about the features of folders, the principles of their operation and non-obvious nuances in our article. In addition, an article will soon be released with ready-made templates for using folders. 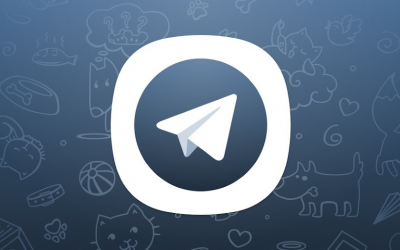 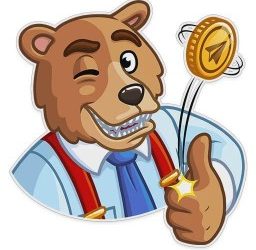